International Women’s Day (IWD) is marked in many countries on 8th March each year.

Following the decision agreed at Copenhagen in 1911, International Women’s Day (IWD) was honoured the first time in Austria, Denmark, Germany and Switzerland on 19 March. More than one million women and men attended IWD rallies campaigning for women’s rights to work, vote, be trained, to hold public office and end discrimination. However less than a week later on 25 March, the tragic ‘Triangle Fire’ in New York City took the lives of more than 140 working women, most of them Italian and Jewish immigrants. This disastrous event drew significant attention to working conditions and labour legislation in the United States that became a focus of subsequent International Women’s Day events. 1911 also saw women’s ‘Bread and Roses’ campaign.

On the eve of World War I campaigning for peace, Russian women observed their first International Women’s Day on the last Sunday in February 1913. In 1914 further women across Europe held rallies to campaign against the war and to express women’s solidarity.

On the last Sunday of February, Russian women began a strike for “bread and peace” in response to the death over 2 million Russian soldiers in war. Opposed by political leaders the women continued to strike until four days later the Czar was forced to abdicate and the provisional Government granted women the right to vote.

Since its birth in the socialist movement, International Women’s Day has grown to become a global day of recognition and celebration across developed and developing countries alike. For decades, IWD has grown from strength to strength annually. For many years the United Nations has held an annual IWD conference to coordinate international efforts for women’s rights and participation in social, political and economic processes. 1975 was designated as ‘International Women’s Year’ by the United Nations. Women’s organisations and governments around the world have also observed IWD annually on 8 March by holding large-scale events that honour women’s advancement while diligently reminding of the continued vigilance and action required to ensure that women’s equality is gained and maintained in all aspects of life.

IWD is now an official holiday in Armenia, Russia, Azerbaijan, Belarus, Bulgaria, Kazakhstan, Kyrgyzstan, Macedonia, Moldova, Mongolia, Tajikistan, Ukraine, Uzbekistan and Vietnam. The tradition sees men honouring their mothers, wives, girlfriends, colleagues, etc with flowers and small gifts. In some countries IWD has the equivalent status of Mother’s Day where children give small presents to their mothers and grandmothers.

The new millennium has witnessed a significant change and attitudinal shift in both women’s and society’s thoughts about women’s equality and emancipation. Many from a younger generation feel that ‘all the battles have been won for women’ while many feminists from the 1970’s know only too well the longevity and ingrained complexity of patriarchy. With more women in the boardroom, greater equality in legislative rights, and an increased critical mass of women’s visibility as impressive role models in every aspect of life, one could think that women have gained true equality. The unfortunate fact is that women are still not receiving the same pay as their male counterparts, women still are not present in equal numbers in business or politics, and globally women’s education, health and the violence against them is worse than that of men.

However, great improvements have been made. We do have female astronauts and prime ministers, school girls are welcomed into university, women can work and have a family, women have real choices. And so the tone and nature of IWD has, for the past few years, moved from being a reminder about the negatives to a celebration of the positives.

IWW is changing. Annually on 8 March, thousands of events are held throughout the world to inspire women and celebrate their achievements. While there are many large-scale initiatives, a rich and diverse fabric of local activity connects women from all around the world ranging from political rallies, business conferences, government activities and networking events through to local women’s craft markets, theatrical performances, fashion parades and more.

Many global corporations also have started to more actively support IWD by running their own internal events and through supporting external ones. For example, on 8 March search engine and media giant Google even changes its logo on its global search pages. Corporations like HSBC host the UK’s largest and longest running IWD event delivered by women’s company Aurora. In 2006 Nortel sponsored IWD activities in over 20 countries and thousands of women participated. Nortel continues to connect its global workforce though a coordinated program of high-level IWD activity, as does Accenture both virtually and offline. Accenture supports more than 2,000 of its employees to participate in its International Women’s Day activities that include leadership development sessions, career workshops and corporate citizenship events held across six continents – in eight cities in the United States and in Argentina, Australia, Brazil, Canada, Germany, India, Ireland, Italy, Japan, Spain, South Africa and the UK. Accenture also coordinated an IWD webcast featuring stories about Accenture women worldwide that ran uninterrupted for 30 hours across 11 time zones via Accenture’s intranet. Year on year IWD is certainly increasing in status.

So make a difference, think globally and act locally ! Make every day International Women’s Day. Do your bit to ensure that the future for girls and women is bright, equal, safe and rewarding. 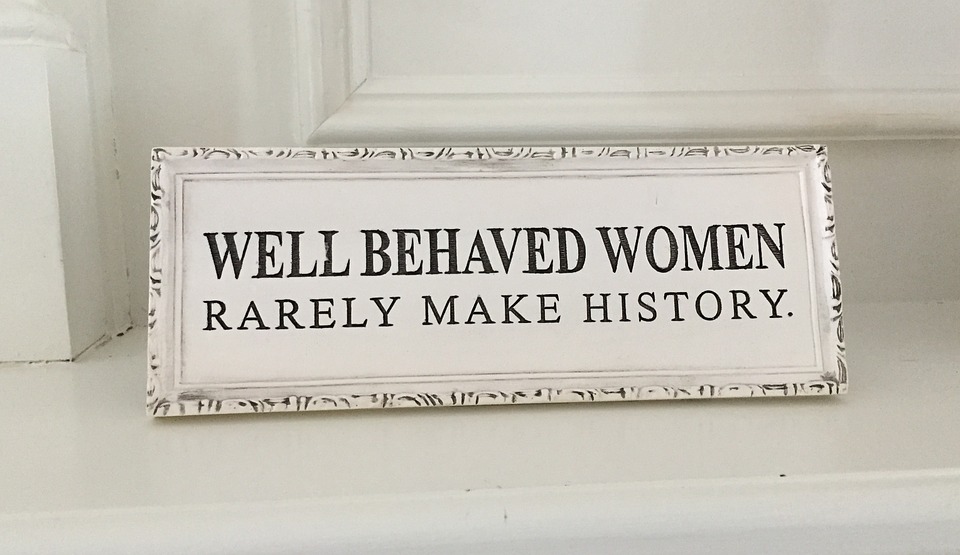